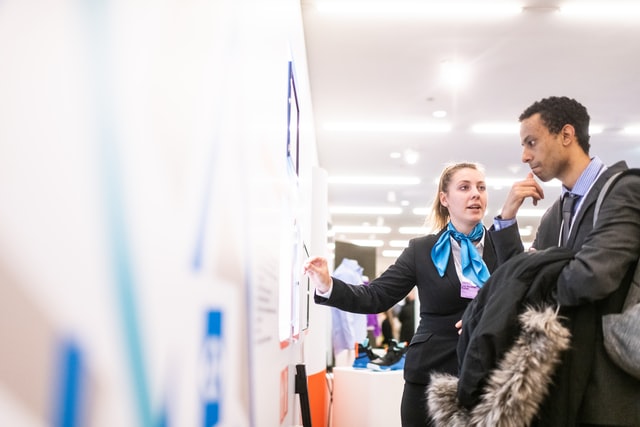 Following up on the February 2014 referendum against mass immigration, as of 1 July 2018, employers had to notify the Regional Employment Offices (RAVs/ORPs) vacancies in the types of occupations where the national unemployment rate is at least 8%.

On 1st January 2020, the unemployment rate value has been lowered to 5% and a new occupational nomenclature will be applied.

From the introduction till 1st of jan 2020, employers submitted nearly 120,000 advertisements as advance notice job vacances to the public employment service.

The regional employment offices (RAVs/ORPs) have submitted at least one application in almost 55% of the 120,000 advertisements in total. Overall, some 195,000 job-seeker files were offered. In 91% of the cases, employers gave their opinion on the files submitted.

Until 2020, after analysis, it can be seen that more than 8% of the job advertisements for which the RAVs/ORPs proposed candidates resulted in at least one recruitment.

We can therefore estimate that, over a year, around 16’000 Swiss based unemployed professionals have benefit from the initiative.

Based on an estimated number of published job advertisement in the same period (around 720 000 vacancies), the impact of the initiative remained rather low (around 2%).

The impact of lowering the rate from 8 to 5% remains to be observed.

Although hiring organizations have played along, avoiding a fine that can go up to 40’000 francs per non reported job opening, only 25% of job seekers have created a login to access the restricted area on the internet portal travail.swiss/arbeit.swiss in Job-Room.

Only job seekers who have registered with the RAV/ORP and have received a personal ID can register to Travail.swiss/arbeit.swiss and access to the «Advance-notice job vacancies».

“We work with dual career partners to facilitate their access to a local professional activity and help them navigate and advance their careers in Switzerland.
Centered on their real needs, positively results-focused, job4U2 guide them through the Swiss landscape, maximizing their opportunity to make the relocation a fulfilling career step.”

Please fill the contact form, we’ll be in touch promptly!